Trial and Retribution Series 3 to 6 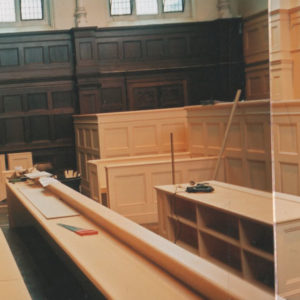 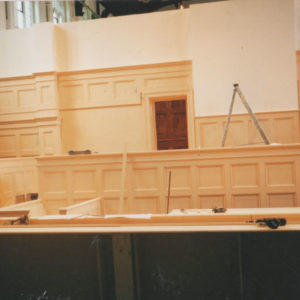 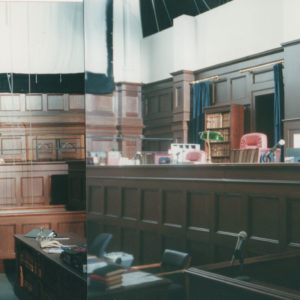 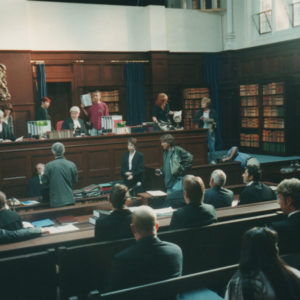 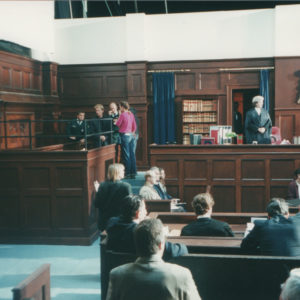 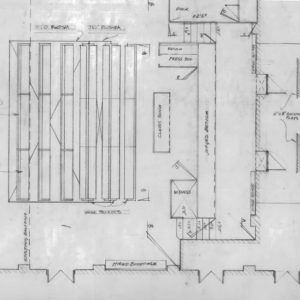 The La Plante Productions network spanning four series, demanded many challenging design projects including utilizing the gym at the American College in Bushy as initially an Appeal Court in the Royal Courts of Justice and later converted to a Crown Court.

The working space was created by building a fourth wall which matched the existing decorative paneling and constructing the Judges bench, Witness Box and Legal Benches. Hired public benches, bookcases and books and dressing props were supplied.

The basic scenery was made in Cardiff and then transported to London to be paint matched in situ.

The completed dressed set was supplied for around £14,000